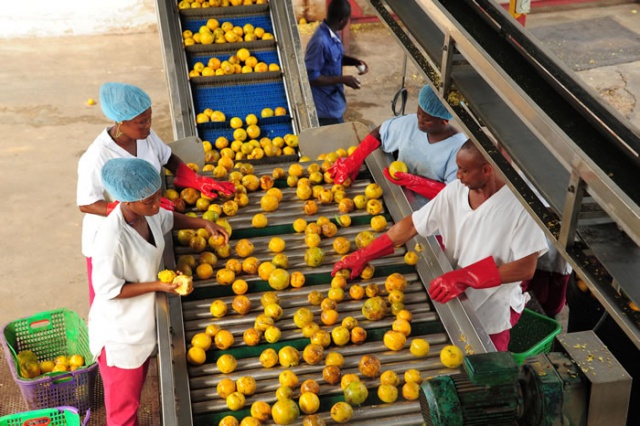 The post-harvest period starts the moment a produce is detached from its medium of growth until consumption thus post-harvest loss is any decrease in the quantity or quality of the produce that has been harvested. Activities that are carried out during the post-harvest phase include harvesting, sorting and grading, storage, preliminary processing, packaging, cooling and transportation. The estimated magnitude of post-harvest losses for agricultural commodities range between 7.5 and 72% . Post-harvest losses vary from commodity to commodity, season to season and even from one place to another.

Farmers who cultivate horticultural crops and perishables such as tomatoes, pineapples, watermelon among others incur relatively higher post-harvest losses mainly caused by rotting of the produce or bruising of fruits. For durables such as cereals and legumes, the losses are mainly due to insect and pest attack during storage or spillage during transportation. According to the Food and Agriculture Organization of the United Nations, 30% of food produced for human consumption is lost or wasted along the supply chain every year. This is about 1.3 billion metric tons of food that never gets to potential consumers. Post-harvest losses aggravate hunger and food insecurity because food that would have been consumed goes to waste. Estimates reveal that that this lost or wasted food could be used to feed 1.6 billion people every year (Ambuko, 2017).

Farmers, most especially smallholder farmers all over the world are grappling with challenges ranging from economic, social, climate and environmental factors. Amidst these challenges there is a projected increase in food demand of about 70 per cent by the year 2050 (FAO, 2009; Nelson, 2010) mainly driven by the ever-growing world population. It is also estimated that by the year 2050, seven out of every ten people worldwide will be living in low-income food-deficit countries . This has the potential of presenting new challenges as well as new opportunities. Smallholder farmers produce over 70% of global food production thus play a central role in food production and food security (Wolfenson, 2013). In Sub-Saharan Africa, smallholder farmers rely on farming for their source of household income and livelihood. Although they are faced with diverse challenges including resource scarcity, they help to meet food demand. After production however, these farmers will either have to sell their produce hurriedly in order not to incur qualitative as well as quantitative post-harvest losses on their produce. Consequently, these losses lead to economic losses because the farmers will have to reduce prices of the affected produce to prices that buyers are willing to pay. This makes it difficult for these farmers to break even or even make some marginal profits. In some case the farmers are unable to afford labour and other farm inputs to cultivate in the next planting season.

Post-harvest losses can be significantly reduced by adopting Good Agricultural Practices on the farm. This increases the market value because they appear more attractive to potential consumers and have longer shelf-life.  The adoption of simple post-harvest technologies such as use of shade, improved containers, packing areas, pack houses and cold storage have reduced losses and increased farmers return by at least 30%. . Integrated Postharvest Management (IPM) is also another innovation that has the potential of reducing post-harvest losses significantly.

Many technologies and innovations have been developed to address the various causes of food losses through timely harvest and quality produce. Creating awareness about the applicable technologies and demonstrating their benefits is one way to yield results. In Ghana, smallholder farmers have formed out-grower associations, cooperatives and groups that partner with Farmer-Based Organizations (FBOs) to share innovations and modern technologies and facilities. Example: SyeComp, an Africa-based digital technology for agriculture company, provide unique and innovative bundled products which include cash and input credit as well as relevant localised weather forecast information for smallholder farmers These out-growers also supply their produce directly to processors immediately after harvest. However, during the peak season, these processing companies are unable to process all the harvested produce and hence the farmers have some surplus sold on the local market due to the fear of incurring post-harvest losses.

Alternatively, smallholder farmers can rely on effective and cost-effective ways of storing produce especially cereals and legumes. Decreasing food waste by creating efficient market linkages and the reduction of post-harvest losses incurred by smallholder farmers is a vital step towards attaining food security. The increased preservation of crops increase smallholders’ disposable income, allowing them to make investments in better health, nutrition and education for themselves and their families. 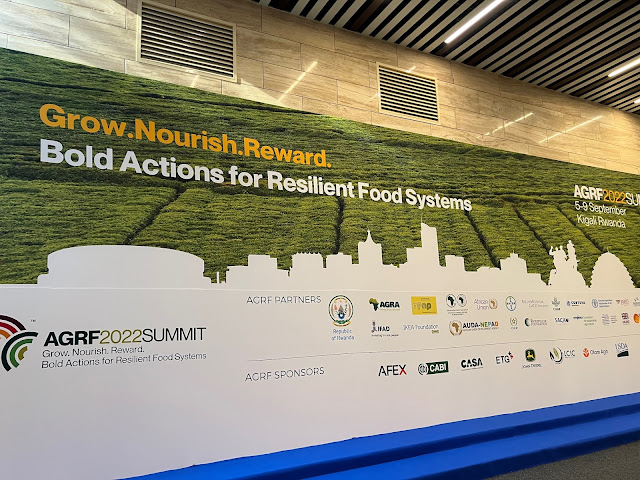 The Africa Green Revolution Forum 2022 is underway at the Kigali Covention Center (KCC), Rwanda. The 5-day summit is themed: Grow. Nourish. Reward; Bold Actions for Resilient Food Systems .  The summit will explore mechanisms and actions needed to transform Agriculture in Africa, with an expected attendance of over 2000 delegates from across the world. The AGRF 2022 Summit begun with side events hosted by institutional partners under the theme: Advancing Food Systems Actions in the face of crises . The expectation for the event is that such discourse will inspire a community of farmers and institutions involved in growing Africa's agrifood systems. Email: Editor@agricinafrica.com | Agriculture in Africa Media 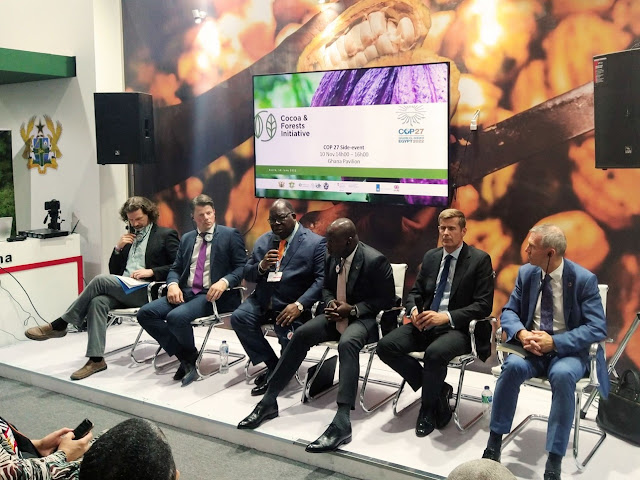 The world’s cocoa and chocolate sector initiative on forest conservation and sustainable production – the Cocoa and Forests Initiative (CFI) - reconvened at COP27 (in Egypt), focusing on Côte d’Ivoire and Ghana. Hosted in the Ghana Pavilion at COP27, it had a very high level participation from Côte  d’Ivoire  and Ghana  governments, as well as, private sector companies and Civil Society Organisations (CSOs). Cocoa production related deforestation is starting to come down, large scale tree-planting  has commenced, cocoa-agroforestry models are being tested, and new policies and regulations have been put in place.  With this approach CFI is starting to contribute to the UNFCCC and Zero Emission  commitments. The partners expressed their willingness to see it moving forward with more  collaboration, a stronger partnership and farmers at the center. Email : News@agricinafrica.com  | Agriculture in Africa Media